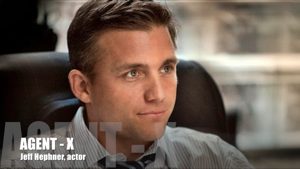 In the series Sharon Stone stars as the widowed wife of a U.S. Senator who rises up the political ranks and becomes elected as the country’s first female Vice President.  Initially apprehensive that her job will be ceremonial in nature, she soon learns that it comes with a top secret duty: protecting the Constitution in times of great crisis with the aid of her Chief Steward and a secret operative designated “Agent X.”